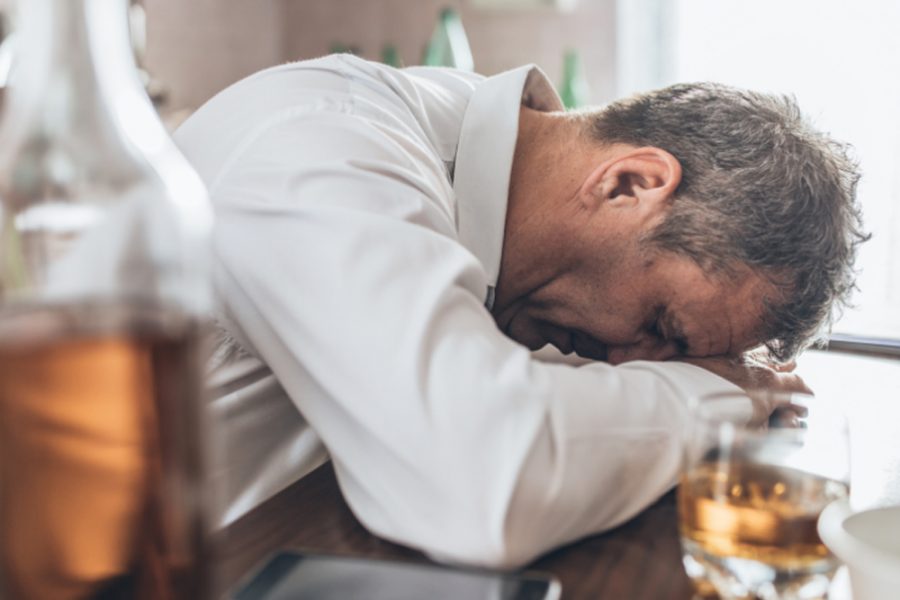 Drinking alcohol is a popular social activity for many people. However, it does have a lot of negative health effects. Alcohol can affect your liver, heart, kidneys, muscles, and even your testosterone levels.

Read on to find out more of alcohol’s effects on testosterone in detail.

Testosterone is a hormone produced in the testicles. It’s a predominantly male hormone, though women also produce small amounts of it in their ovaries. Testosterone is mainly responsible for regulating sex drive and sperm production. Other effects include influencing bone and muscle mass, fat storage, and red blood cell production. It can also affect mood.

Low levels of testosterone in men can cause the following:

In women, low testosterone can cause:

This hormone requires three glands to be made. These are the hypothalamus, the anterior pituitary gland, and the testes. Here is the process:

Alcohol disrupts the function of all these glands, inhibiting the production of testosterone.

What are the short-term alcohol effects on testosterone?

When you drink, alcohol affects your pituitary gland and hypothalamus. Without GnRH, FSH, and LH, the testes cannot produce testosterone. Based on research, testosterone levels drop as quickly as 30 minutes after drinking.

What are the long-term alcohol effects on testosterone?

If you drink heavily for a long time, you are more likely to have poor testicular function than people who drink moderately. In turn, your testosterone levels will be lower than theirs. Also, you will be more likely to be afflicted with erectile dysfunction and low libido.

Aside from interfering with the hypothalamus and pituitary gland, alcohol can also damage the Leydig cells of the testes. These cells are responsible for producing testosterone. The damage is more pronounced when it’s a product of long-term drinking.

But if you drink only moderately, it should have no long term effects on your testosterone levels.

Also, testosterone and FSH have roles in sperm development. Alcohol decreases the levels of both these hormones, thus it negatively affects the growth of sperm. It may even lead to spermatogenic arrest, which is interrupted development of sperm. In turn, there will be a low concentration of sperm in the semen.

Other studies have found out that heavy drinking may even turn the precursor molecules of testosterone into estrogen, increasing the levels of estrogen in men. Normally, this hormone is higher in females as it is responsible for maintaining the female reproductive system and controlling the menstrual cycle. If estrogen is high in men, it will affect sperm production, leading to smaller concentrations of sperm in the semen.

Additionally, high estrogen levels in men may cause these conditions.

This condition is marked by unusually large fat tissues in the breasts of men. In turn, their breasts enlarge and appear like the female counterparts.

Maintaining an erection requires a balance of hormones in the male body. If estrogen levels are high, this balance is disrupted, making it harder to stay erect. This condition is made worse when combined with low testosterone levels.

Adolescent boys who drink alcohol are more likely to not grow tall. Increased levels of estrogen would stop them from growing in height. Also, high estrogen concentrations will cause the epiphyseal plates in their bones to close early, permanently stunting their growth.

How do I prevent these conditions when drinking alcohol?

Most studies show that moderate consumption of alcohol does not negatively affect testosterone production. That means you need to limit your alcohol intake to two drinks per day (for men) or one drink a day (for women).

Based on the Dietary Guidelines for Americans, one standard drink is defined as:

Any more than one or two of those drinks is considered heavy drinking, which raises your risk of developing testosterone-related problems.

The more you can limit your drinking, the better it will be not just for your testosterone levels, but for your overall health as well.

If you have alcohol use disorder and cannot stop drinking, get professional help right away. Talk to your primary care doctor or an alcohol addiction specialist, who will help you create a treatment plan that’s just right for your needs.

You may have to enroll in a rehab program, and if your condition is serious, you may need to live inside a rehab facility for one to three months. Recovery takes a while, but if you’re focused and committed to it, the outcomes are good. After rehab, you will be able to live a sober life once again.